What Does “The Letter of the Law” Mean in Legal Situations?

The legal profession is full of adages and phrases, some of which bear real ramifications. For example, the phrase “dura lex sed lex” is often repeated in courts and law school. This Latin phrase translates to “the law is hard, but it is the law,” which means that no matter how harsh legal punishment means, it is still the law and must be obeyed.

Another phrase people may use when talking about legalities pertains to “following the letter of the law”. This phrase has origins and interpretations dating as far back as the first century, being quoted in the Second Book of Corinthians.

When Do You Follow the Letter of the Law?

Following the letter of the law means to obey your literal interpretation of the legal definition of an obligation or law. The “law” part of the statement not only covers legislature or statutes, but also any type of rule or custom. Following the literal interpretation of a law is useful in some instances, but more often than not, doing so is superfluous or even harmful.

There are many examples where people can get into trouble for not obeying the literal interpretation of the law. Pay attention to this theoretical situation: Imagine you entered an intense argument with someone and they filed a civil restraining order against your person. The restraining order says you can’t be within 150 yards of the person who filed it. However, your route to work takes you within 150 yards of that person’s home.

If you were to continue driving through that route past that person’s home, you would technically be breaking the letter of the law. However, one could argue that the actual intent of the restraining order isn’t to stop you from just passing through or driving past their home but to prevent any form of contact. Therefore, if you just drive past their place, you are keeping with the spirit of the law instead.

Is It Wrong to Follow the Letter of the Law?

The main point of argument regarding this statement and practice derives from instances when people are intentionally staying within the bounds of the law but violating its principle or intent.

Most people arguing about following the letter of the law versus the spirit of the law are actually arguing about loopholes. Sometimes it involves gaming the system, a phrase that describes people who use literal interpretations of legislature to get away with illicit or questionable activities.

Laws by definition have to be specific because they are yardsticks that people use to measure behavior. However, laws that are too specific can become restrictive and dangerous. Therefore, most people in the legal profession follow the spirit of laws rather than their literal obligations. This means there will always be enough vagueness wit legislature that will allow people to game the system.

For example, a path through a park has a sign that says “Vehicles Allowed”.  The spirit of the law would imply that such a small bath through manicured landscape would allow only small vehicles such as cars, motorcycles and bicycles.

However, one could argue that the letter of the law allows all sorts of vehicles, including trucks and construction equipment passage through the area. Someone inclined to drive a huge truck through the path can argue that they have a right to be there even though the environment and context of the “Vehicles Allowed” sign doesn’t include them.

Do Lawyers Follow the Letter or the Spirit of the Law?

So what do lawyers follow most of the time? Do they adhere to the letter of the law or interpret its spirit? It’s hard to say because every legal defense or instance will have different circumstances. Sometimes it’s more beneficial to a client for a lawyer to lean against one against the other. However, there are cases where the literal letter of the law has proven instrumental.

One of the most famous and recent cases involved a dairy farm having to pay out $10 million worth for overtime salary. The cause? A missing comma. The clincher of the case was a law that stated workers would not pe paid for overtime if they were involved in “… storing, packing for shipment or distribution of perishable goods.”

Such cases are the reason it’s important for people to adhere more to the spirit of a law; the letter of the law must also be devoid of vagueness and be exact.

In the end, much of law is about context. Interpreting the literal legal definition of legislature can be beneficial in some cases but manipulative in others. As with much of the law, human judgement must be upheld and trusted. 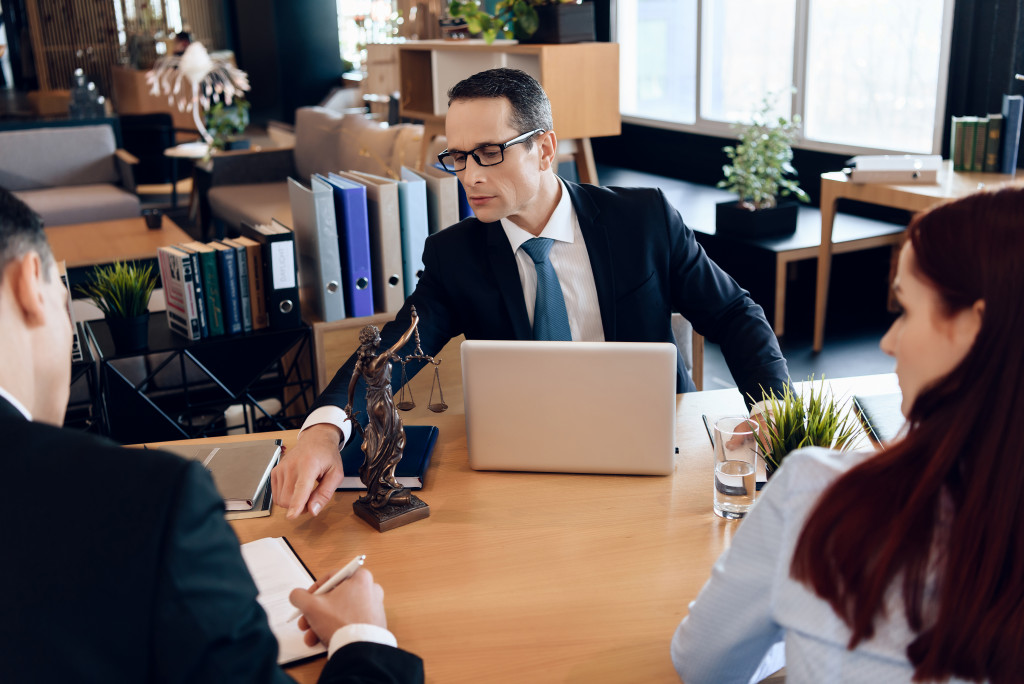